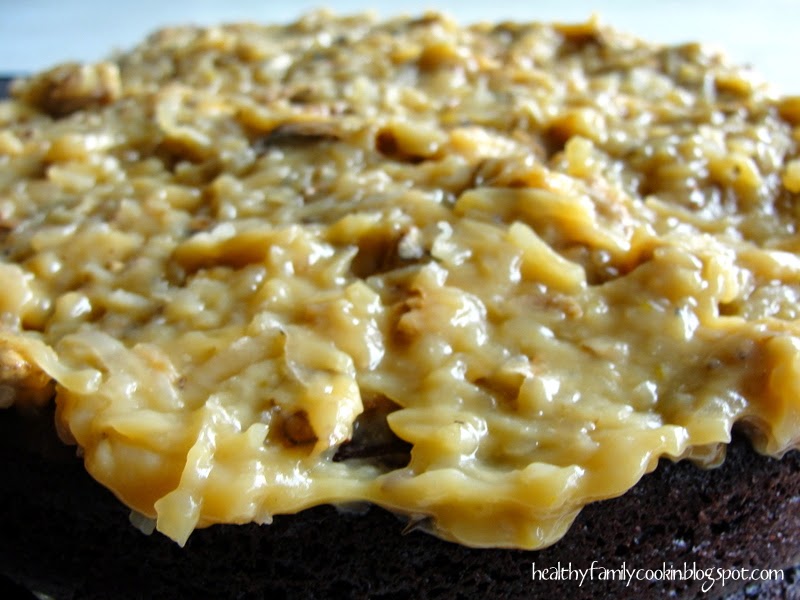 Happy Fall! And fall means it’s birthday season around here. We celebrated my husband’s this weekend and it was a lot of fun. He LOVES and I mean LOVES a good German chocolate cake. I had never really been a huge fan of it until I married him and his mom shared her family recipe with me. Oh my. It is so good. We have a restaurant in town that makes really good chocolate cake including German chocolate and lots of people rave about it, but it really doesn’t compare to this recipe. This is the best.

One of the nice things that we’ve recently discovered about German chocolate frosting is that it’s a frosting that can easily be sweetened with just honey. It took a few tries to perfect, but I got it down. And just for fun, today I’ll share both the original and honey-sweetened options with you. For my husband’s birthday (and in the pictures), we actually made the honey-sweetened option. He loves it. There is a bit of a honey flavor that’s not present in the original. It’s yummy. Try both and see what you like.

P.S. Don’t worry, someday I plan to share the cake recipe found in these pictures with you. Believe it or not, it is entirely honey-sweetened, 100% whole-grain, and gluten free. And tastes amazing. Especially with this German Chocolate frosting on top. It’s so nice to be able to celebrate a birthday with a delicious treat that’s made from scratch from real ingredients and isn’t just nutrition-less garbage. 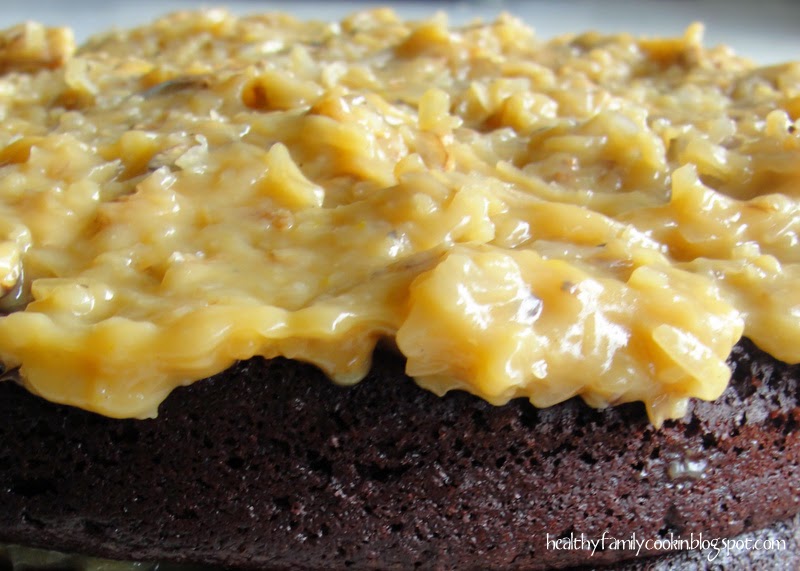 DIRECTIONS:
In large saucepan, melt butter over medium heat. Add sugar (or honey), evaporated milk and egg yolks. Whisk well until mixture is fully incorporated. Bring mixture to a boil, stirring often. Simmer on medium low heat, stirring, for about 12 minutes or until mixture turns brown and thickens. Remove from heat and then add vanilla, nuts, and coconut. Cool before using as a frosting or in a German chocolate pie. To cool quickly, put pan in bowl of ice cold water and stir until cooled.

*Recipe Source: Adapted from a family recipe shared with me by my Mother-in-law Jenny.